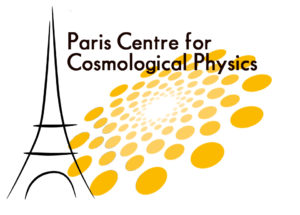 The Paris Centre for Cosmological Physics (PCCP) was created in 2010 by Professor George Smoot upon his arrival at University Paris Diderot to promote excellence in the field of comology, and to develop links between various Parisian laboratories working in this domain.

The PCCP has a prestigious post-doctoral fellowship program, PCCP Fellows, a high level visitor program and regularly organizes few-days seminars on current physics of the Universe topics. In addition to the AstroParticule and Cosmology Laboratory (APC), hosting PCCP, several  laboratories are associated to PCCP: LUTh and GEPI Laboratories from the Paris Observatory, the Theoretical Physics Laboratory from Ecole Normale Supérieure and the Laboratory of Nuclear Physics and High Energy (LPNHE) from Pierre and Marie Curie University.